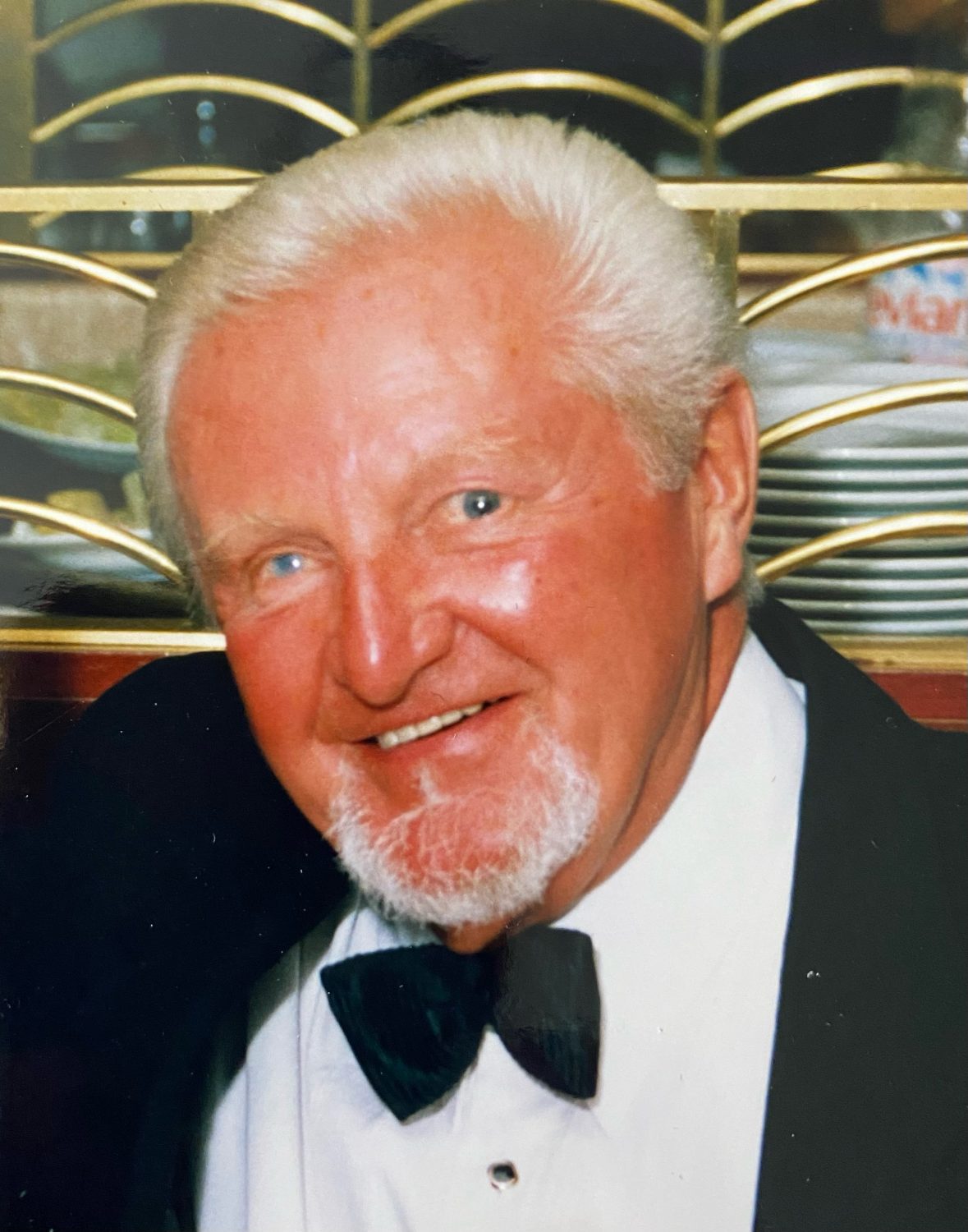 Peter Washousky passed away at home surrounded by his family Friday morning, November 25, 2022.

He was born Coaldale, Pennsylvania, the fifth of six children to Michael and Anna Washousky (née Macharsky) on November 20, 1928.

He served in the army during World War II and was stationed in Gorizia, Italy, and after returning home, moved to Liberty, New York where two of his brothers, Michael and Joe, lived.  While working at Grossinger’s Catskill Resort Hotel, he met the love of his life, Ann (née Zepplin), a native of Australia, in 1958.  They were married November 12, 1960 at St. Nicholas Russian Orthodox Church in Lansford, Pennsylvania.

Peter and Ann settled in Riverdale, New York, where they raised two daughters – Deborah and Barbara.  They lived there for 36 years before moving to Bronxville, New York.

Peter was a jack of all trades and worked in many different jobs, but ultimately settled into a successful career in sales management in the linen industry.  He was an avid Giant’s fan, and could be frequently found spending Sundays yelling at the TV during football season.

Ann’s career in the airline industry gave them the opportunity to travel around the world.  After his retirement in 1990, they traveled extensively, visiting over 50 countries and cruising more than 500 days.

His family was always the most important aspect of his life, and he was concerned and protective up until his final days.  He enjoyed spending time with his grandchildren in Bronxville, and his weekly trips to Northport, Long Island.

Peter is survived by his beloved wife of 62 years, Ann, devoted daughters Deborah (Mark Hanley) and Barbara (Michael Kaufman), and his four loving grandchildren Connor, Olivia – with whom he shared a birthday – Meghan, and Jack.

In lieu of flowers, the family requests donations be made to Jansen Hospice.  Memorial service to be held Saturday, December 3rd at Fred McGrath and Son, 12pm – 2pm, remembrance to begin at noon.

In Lieu of Flowers: Contributions may be made to Jansen Hospice