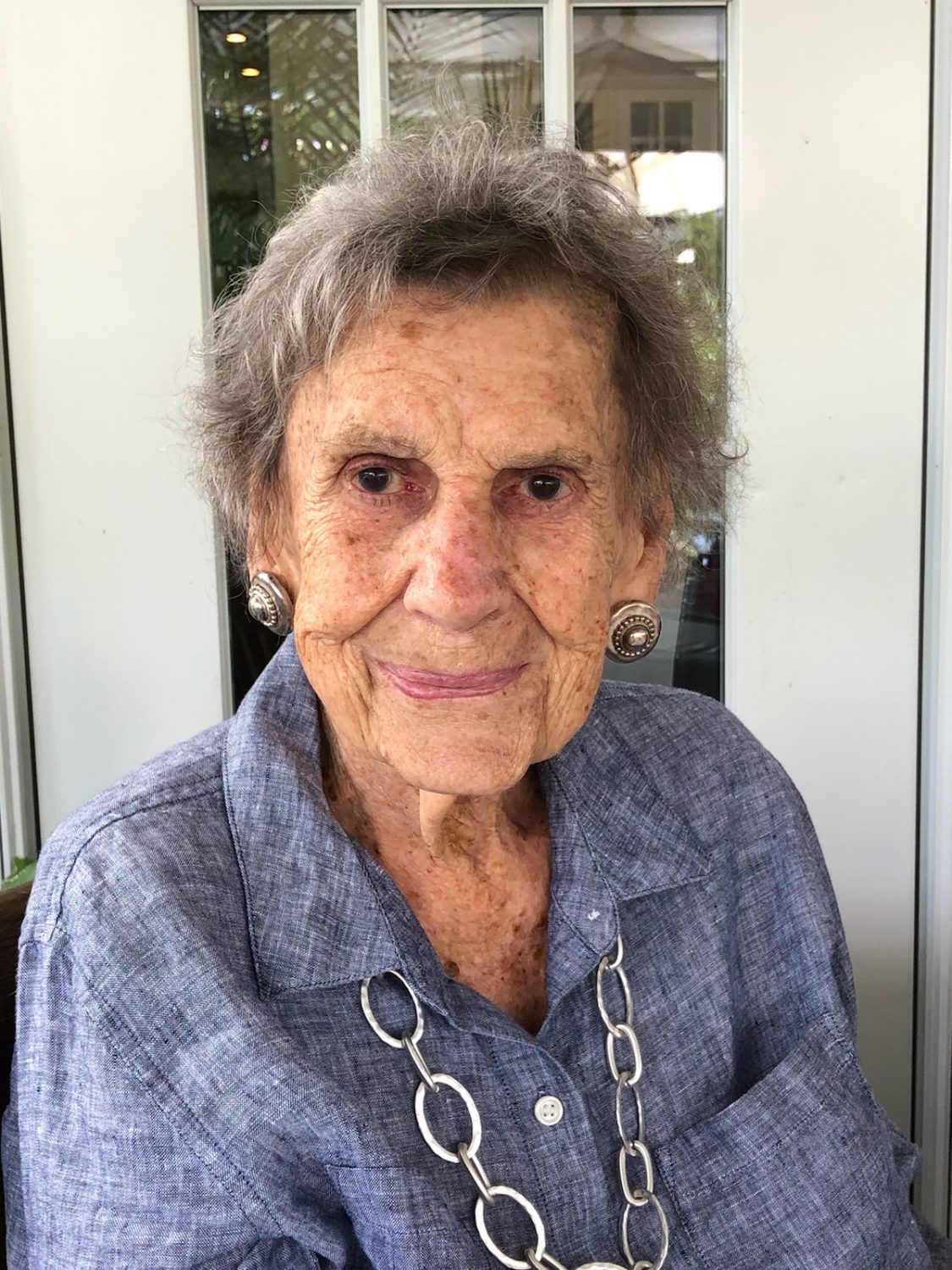 Clara Teresa “Dee” Sorensen (nee Dalidonis) passed away peacefully at home on Sunday, May 1, 2022, the day after her 97th birthday. Her beloved husband Paul predeceased her in 1998.

Dee was born in Shenandoah, PA. She left home for nursing school in Philadelphia at age 17, at the start of WWII. After graduation, Dee supported the war effort as a cadet at the Chelsea Naval Hospital in Boston before returning to Columbia-Presbyterian Hospital in NYC. She quickly became the youngest head nurse in Columbia’s history, in charge of an entire floor at age 21, and the first head nurse outside their internal training program.

In 1952 she was asked to advise representatives of ARAMCO oil company on candidate nurses to help set up the first modern hospital in Saudi Arabia. After 20 minutes, they said, “We want you!”  She accepted under two conditions. She wanted a larger salary than was offered and would only go if her two best friends, fellow Columbia nurses, were hired with her.

She moved to Dhahran for the adventure of her life. Dee oversaw the nursing program there, including caring for nomadic Bedouin mothers who were too afraid to enter a hospital, so they gave birth under the palms outside. She also became the primary caregiver for the female side of the Saudi Royal family due to the cultural separation of the sexes and the trust she earned as a medical professional. She found the whole experience “Fantastic!”

In Arabia, Dee met Paul Sorensen, an ARAMCO employee originally from Wisconsin. They fell in love and were married in Geneva, Switzerland, on January 23, 1954. On their honeymoon in Paris, Dee started a lifetime of art collecting, a tradition that has carried on throughout her family. She joined Paul in Oxford, UK, where he began his Ph.D. in Psychology, eventually rejoining the oil community in 1957 at the world’s largest refinery on the island of Aruba. This international life led to many more travels abroad.

The family moved to Bronxville from Aruba in February of 1964. Dee became involved in many organizations. At the top of the list was the Bronxville Woman’s Club. She became well known at the Bronxville school as a member of multiple committees, helped establish Teen Center, and volunteered many years of hard work at the Trading Post. In 2016, Dee received the BCW “Woman of the Year” award for her long history of community service.

Dee lived an exciting and adventurous life to the end. She was highly interested in others, loved her home and garden, took advantage of what the world had to offer, especially the arts, and had a smile and laugh that matched no other. Her golf swing was nothing to scoff at either. She played golf at Siwanoy Country Club as a member for over 40 years and on courses worldwide.

There will be a memorial celebration of Dee’s life at the Reformed Church of Bronxville at 11:00 am on Friday, May 13. All who loved Dee are welcome, and please wear some color.

The church is pleased to offer the service live stream. You may watch by clicking here

In lieu of flowers, memorial donations may be sent in Dee’s memory to The Bronxville Women’s Club, 135 Midland Avenue, Bronxville, New York, 10708

In Lieu of Flowers: Contributions may be made to The Bronxville Women's Club, 135 Midland Avenue, Bronxville, New York, 10708