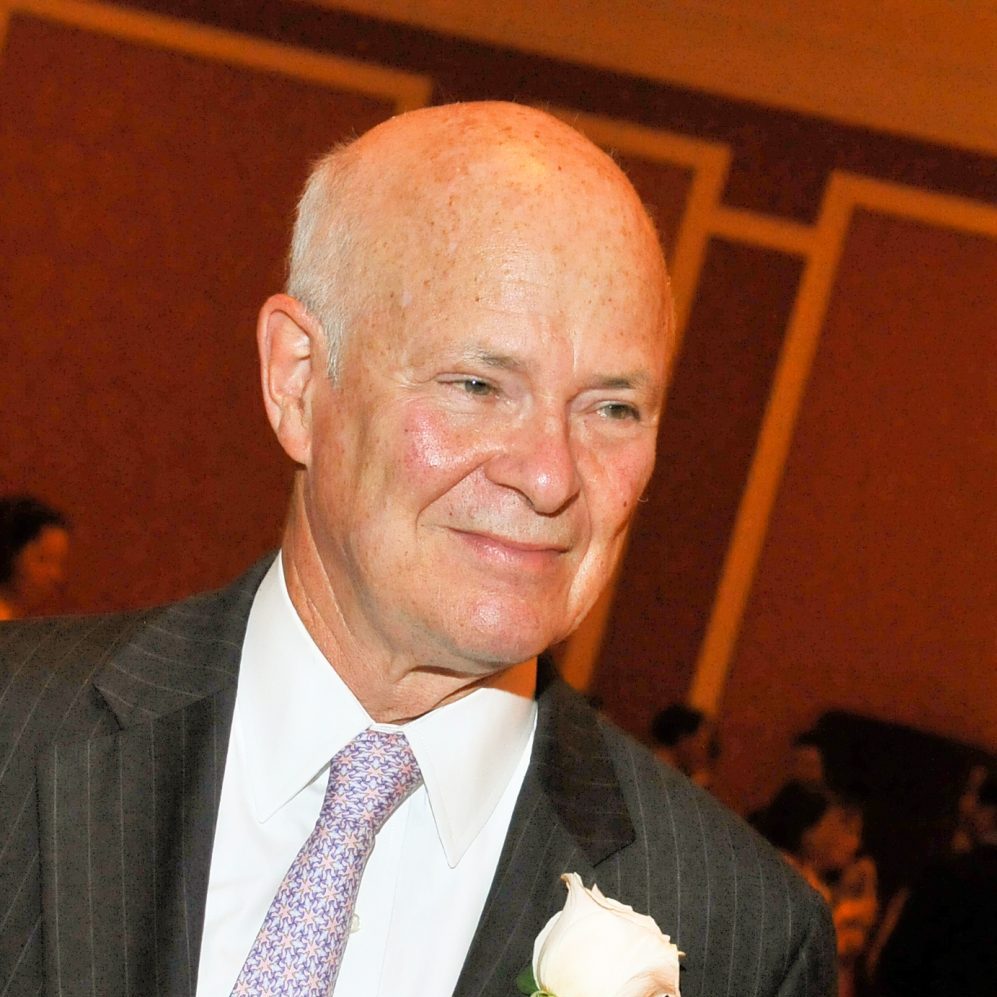 SMITH—Thomas R., Jr., age 83, died on September 2, 2021 from complications of Parkinson’s Disease.  The son of Thomas R. Smith, Sr, a textile mill superintendent, and Margaret Ervin Smith, a high school social studies teacher, Tom was born in Charlotte, NC and raised in Albemarle, NC.  He graduated cum laude from Woodberry Forest School and Princeton University and received his LLB from University of Virginia School of Law in 1963. During these formative years, he adopted the Boston Red Sox as his favorite team, a complicated love affair that continued until his death and was surpassed only by his misguided affection for the NY Jets.

Tom began his legal career with Brown & Wood LLP in 1963 and was named partner in 1971.  He remained at Brown & Wood and its successor firm Sidley Austin for 45 years.  Tom served as Managing Partner of Brown & Wood LLP from 1996 until the firm’s merger with Sidley Austin in 2001.  He then served as Vice Chairman of the combined firm from 2001 through 2003, remaining as partner until 2007.   During his leadership, he was known as a forward-thinking deal maker.  In 2007, he joined the SEC’s Division of Investment Management as a Senior Advisor, retiring in 2011.

Throughout his career, Tom had extensive involvement in industry affairs related to investment companies and the investment management industry. For fifteen years, Tom was the chairman or co-chairman of the Subcommittee on Investment Companies and Investment Advisers, Federal Regulation of Securities Committee, Section on Business Law of the American Bar Association, in which capacity he wrote numerous comment letters to the SEC with respect to The Investment Company Act of 1940 matters.

Tom was co-chair and principal editor of the ABA Subcommittee Task Force that produced four editions of the Fund Director’s Guidebook between 1996 and 2015.  Tom was a member of the Board of The Legal Aid Society for six years. He was a member of the Committee to Enhance Diversity in the Profession and the Federal Securities Regulation Committee of the Association of The Bar of the City of New York and served as Chairman of the 2000 Law Firm Appeal for the Lawyers Alliance for New York.

During his tenure as Vice Chair at Sidley Austin, he led the recovery of the firm after 9/11/01, a challenging time that was profiled by the NY Times in series of articles in 2001 and 2002.  Described by the Times as “a steely lawyer and deal maker whose glare might just crack stone,” the series also captured his compassionate side in his people-focused approach to rebuilding.

He had a naturally reserved personality, but once acquainted with you, he would surprise you with his wicked sense of humor.  In addition to his family, he had a love for art, Princeton Football, golf, Michael Connolly books, gardening, bridge, Presidential biographies, pimento cheese, family vacations to Hawaii, and a “couple fingers” of a mellow, single-malt Scotch at the end of a day.  He will be best remembered for the dignity and resilience with which he faced the last four years of his life, limited by the effects of Parkinson’s, a stroke, and the isolation of COVID quarantine.  He was fondly nicknamed “Mr. President” by friends at his assisted living facility for the respectful and charismatic way he conducted himself.

Throughout his life, Tom believed firmly in the importance of an outstanding education, a trait instilled in him by his parents.  He was grateful for his years at Woodberry Forest and believed these to be the most formative of his life, without which this country boy from Albemarle would not have achieved his many successes.  In lieu of flowers, the family kindly requests that donations be made in his memory to:

A memorial service honoring his life will be held at 10 am, on Friday, September 17, 2021 at Christ Church, Bronxville, NY.