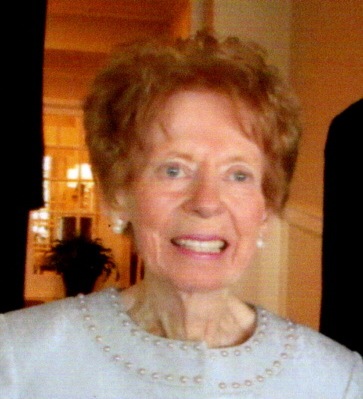 Mary Jane Schneider 90, passed away peacefully on November 3, 2020 at her home in Fleetwood,  NY.
She was born in New York City to Mary and Patrick Jennings. Mary Jane spent her early childhood years in the Inwood section of Manhattan. She then moved to the Bronx where she attended St. Frances of Rome School and the Academy of the Sacred Heart of Mary.
Upon graduation she proudly held a position at the FBI’s New York Office as a support employee.
After raising her two children, she spent nearly 20 years working for CBS in their International Publishing Division. Upon her retirement, she became a classroom aide for Southern Westchester BOCES. She was a diligent and valued member to any team she served upon.
Mary gave her time and energy to many charitable organizations including the St. Vincent De Paul Society and the Ladies of Charity of New York.
Mary cherished her Irish American Heritage and was a member of the Ancient Order of Hibernians since 1953. She served on the Bronx County Board, was the President of Division 5 in the Bronx, and was Aide to the Grand Marshall in the 2000 NYC St. Patrick’s Day Parade.
Mary Jane was a loving mother to Richard and Kathleen. She was a devoted grandmother to Lauren, Brian, and Georgina and was blessed with her great grandson Logan. She also leaves behind her dear sister Kate, niece Coleen, and nephew Bill and grand nephew Michael.
Mary always found cause for a celebration and her spirit will be kept alive each time we gather as a family.