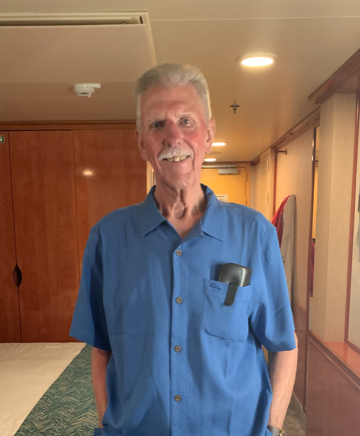 On Saturday, January 14, 2023, Normand Henry Rodrigue, a beloved husband, father and grandfather passed away. He was 76.

Born to Henry and Mary Rodrigue, Normand enlisted in the United States Army at just 17 years old. After serving his country in the Vietnam War, Normand returned home and met his wife Joyce. They were married for over 50 years.

Normand was a retiree from Con Edison after a decades-long career. Normand proudly participated in the rescue and recovery effort after the September 11 attacks on the World Trade Center. He was also a long time member and treasurer of the William E. Irwin Jr. American Legion Post 774 on Corlear Avenue in Kingsbridge, the Bronx.

Normand will be greatly missed by his loving wife, Joyce, his children, Debra, Christine and Dennis, his beloved grandchildren, Evan, Sean, Matthew, Ella, Jake, Nola and Maya, his brother Richard and his wife Ann, his sisters in law, Sharon and April, nieces and nephews, and the many friends who became family over the course of his lifetime.