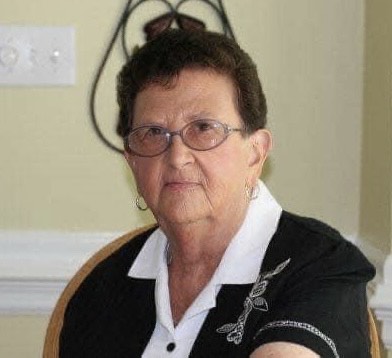 Anne Elizabeth Reynolds passed away on July 30, 2021, in Augusta, Georgia. She was born to Edward and Mary Flood in the Bronx in 1934. She grew up in Washington Heights.

Anne worked for a number of years as an administrative assistant. She was one of the early IBM keypunch operators at Metropolitan Life and Howard Needles.

In 1959 she married Francis W. Reynolds and moved to Bronxville, NY. They had a daughter, Jeanne. Anne was always devoted to her family. She had many dear friends and neighbors. She loved to travel, go to the beach with her extended family. She was a great cook and loved to feed anyone who came to her home.  She was a devoted and loving grandmother to Erin and Lauren.  Anne was an active parishioner at the Church of Saint Joseph in Bronxville for 57 years.

After her husband Frank’s death in 2015, Anne moved to Augusta. GA to be closer to her daughter, son-in-law Rene, and her granddaughters.  Anne made friends where ever she went.

Anne is survived by her devoted daughter Jeanne Schmidt, her son-in-law Rene, and her grandchildren Erin and Lauren. She is also survived by her cherished sister and best friend, Joan Beamish, and many nieces and nephews. She was predeceased by her brother, John Flood.

Anne’s family would like to thank the many health care workers who assisted her over the years.

Calling Hours at the Fred H. McGrath & Son, Funeral Home, Bronxville between the hours of 5 to 8pm Friday. Mass of Christian Burial at St. Joseph’s Church, Bronxville on Saturday August 7 at 9:45am

In lieu of flowers, memorials may be made to the American Heart Association at www.heart.org.

In Lieu of Flowers: memorials may be made to the American Heart Association at www.heart.org.