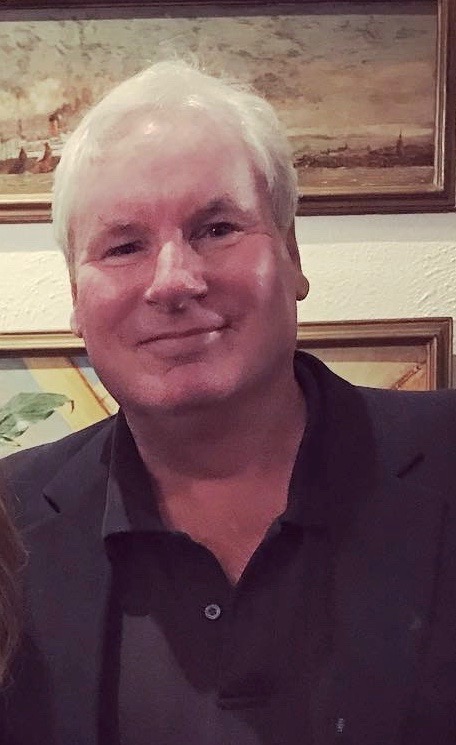 Neil Regan died peacefully at his home on November 28, 2021. He was 65 years old. He was born on January 25, 1956 in New York, New York, the son of William Mahon Regan and Grace O’Neil Regan. He was a graduate of St. Joseph’s School, Fordham Preparatory School and Brown University.
Neil had many outstanding qualities, but his tender heart and exceptional kindness stand out. He was devoted to his parents in their final years and took outstanding care of them. No one who met him was untouched by his kindness, his humor and his friendliness. Always ready with a big smile and a joke, Neil’s presence brightened up any room he entered. He knew everyone’s name and took a sincere interest in their lives. It is no surprise that in addition to his loving family, Neil has lifelong friends who were devoted to him and to whom he was devoted. They welcomed him into their families and he was Uncle Neil to their children as well. Wherever he went, he collected new friends. “I love that guy” is the familiar refrain heard when Neil’s name is mentioned.
An avid cryptic puzzle solver, Neil also enjoyed entertaining his family and friends with his annual Christmas puzzle creations. In his younger years, Neil was an adventurer. He rode his bike through the Canadian Rockies, trekked though Nepal and climbed two Himalayan mountains.
Throughout his life, Neil developed a passion for sports and games of all kinds, especially golf. His love of the game brought him much happiness, especially on those late afternoons, putting from miles away and playing until he couldn’t see the ball. He had a vast knowledge of the history of the game and of golf course design. As a longtime member and historian of The Winged Foot Golf Club, he shared his exuberance, enlightenment and expertise with the Club, the members and the USGA as well as making extensive contributions to the restoration of the greens at Winged Foot. Neil was also a lifetime member of Ballybunion Golf Club in County Kerry, Ireland and Machrihanish in Kintyre, Scotland and was well known in the British Isles golf world.
Neil’s other greatest passion in recent years was redesigning his lovely property in South Salem. He applied his golf-course design skills to his own yard and could often be found operating a backhoe or skidsteer to move huge boulders around or sitting on one of the gorgeous custom-made benches in his private arboretum.
There will never be another like him.
Neil is survived by his seven siblings, Grace Regan Conway (John), William Mahon Regan, Jr. (Alice), John O’Neil Regan (Sara), Hugh Regan (Gail), Jane Regan Considine (Michael), Ann Regan and Mary Regan; twenty nieces and nephews and twenty great-nieces and nephews. He will be waked at Fred H. McGrath and Son in Bronxville, New York on Friday, December 3, 2021. A Mass of the Christian Burial will take place at the Church of St. Joseph in Bronxville, NY on Saturday, December 4, 2021.
In lieu of flowers, memorial donations may be made to the American Heart Association, 7272 Greenville Ave., Dallas, TX 75231

In Lieu of Flowers: Contributions may be made to American Heart Association