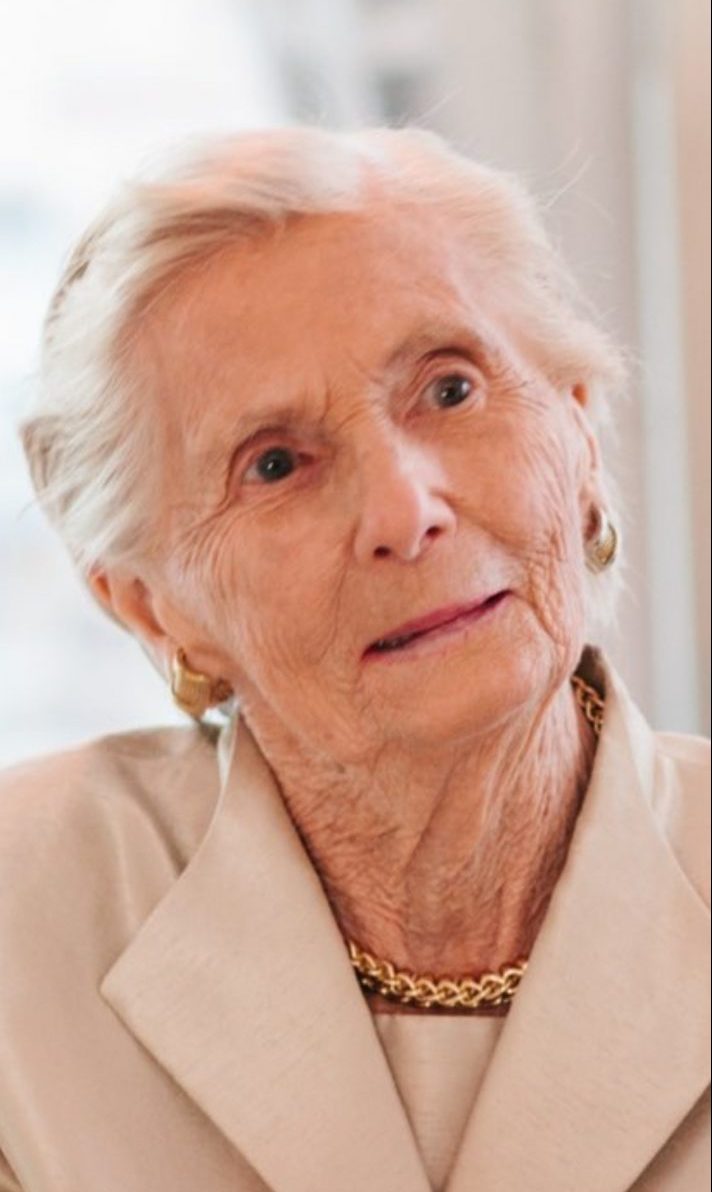 Agnes, better known as ‘Babs’ to her family and friends, was born and raised in New York City. Having never ventured much farther than Coney Island, this young Greenwich Village girl boarded a train for Fort Hood in California to marry the love of her life, Bill O’Loughlin. As our nation faced a second World War Babs began a matriarchal journey that would last another 79 years. Her family was her legacy of which she was most proud.

Always the pillar of strength, endurance, selflessness and humility, Babs taught her family life’s key virtues: how to love and support each other, and what it takes to become a person of good will and strong character. Common sense, practicality, ingenuity, and a love for the Jersey Shore were all thrown in for good measure! At the same time, Babs developed a unique, loving, and singular relationship with each of her children that will be forever treasured.

When life dealt Babs the difficult blow of losing Bill at 65, another phase of life began – one that incredibly included a driver’s license, and yes, a dog! Together Babs and Ace traveled from New York to Venice, Florida where she chose to live the next twenty-plus years enjoying the warm Florida sun in the company of her beloved June & Pat. It was during this time that her meticulous creativity birthed new friendships in the world of quilting… and once again her children were the beneficiaries of her efforts. Her love-filled, hand-crafted quilts were gifts from her heart.

Throughout her journey, Babs was the example of faith in action. So often she’d say, “I’m on my bended knee thanking God for the abundant blessings He has showered on all of you.” However, we’ve long come to know that she was the earthly conduit of our blessings. As it’s been so eloquently stated these past few days, Babs was our ever-present rock, our North Star, our Mom – and she will remain forever in our hearts.

In lieu of flowers, donations in her memory can be made to St. Jude’s Hospital or Disabled American Veterans.

In Lieu of Flowers: Donations in her memory can be made to St. Jude’s Hospital or Disabled American Veterans.