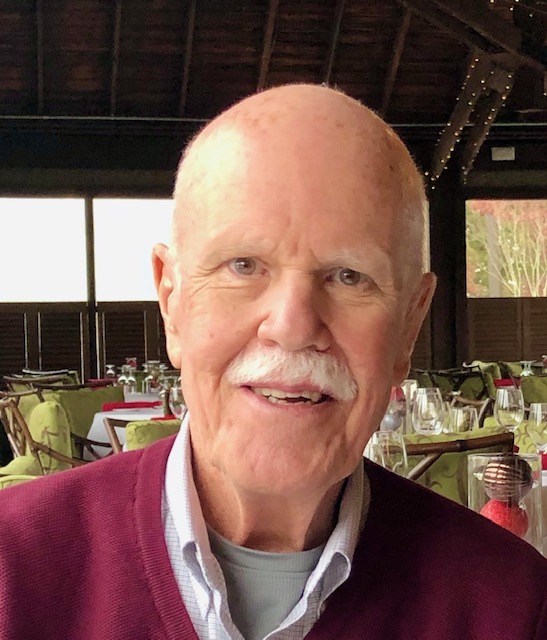 John Donohoe O’Leary of Sarasota, Florida died peacefully at the UF Health Heart & Vascular Hospital in Gainesville, Florida on June 8, 2022 in the arms of his devoted wife, Sandra, and surrounded by his loving family after bravely battling a long illness.

John was born on February 16, 1949 in New York City, the son of Michael John Sr. and Mary Regina (Donohoe) O’Leary, and grew up in Crestwood, New York.

Like his father, brothers and nephew, John was graduated from Fordham Preparatory School in the Bronx, New York.  John believed that the excellent education he received at The Prep was the foundation of his life, and often quoted… and exemplified… the Jesuit ideal, “Be A Man For Others”.  He played football for Fordham Prep, where he forged friendships that lasted a lifetime.  He subsequently was graduated from Fordham University, and took courses at Seton Hall University toward an MBA.

John retired from a distinguished career with both AT&T and Lucent Technologies, negotiating many international joint ventures for wireless telephony infrastructure in such countries as The Netherlands, Italy, Brazil, and throughout Asia.

A USCG certified Captain, John carried his love of sailing and boating from the Jersey shore and Long Island Sound, to Sir Francis Drake Channel in the Virgin Islands, and to SW Florida’s Pine Island Sound and Sarasota Bay, where John and Sandra retired.  John was a former member of the Royal Palm Yacht Club in Fort Myers and a Board Member of the Edison Sailing Center.

Along with his parents, John is predeceased by his brother, Dr. Michael John O’Leary, Jr. of Ossining, New York.

He is survived by his wife of 18 years, Sandra O’Leary (née Kostowski), of Sarasota; sons Brian O’Leary, of Sarasota and Tim O’Leary (Rob Rice) of Los Angeles, California; stepdaughters Katherine (Thomas) Smith, of Fairfield, Connecticut and Emily Canavan of Stamford, Connecticut; and one grandchild, Jack Matthew Smith. He is also survived by his sister, Jean O’Leary (Mark) Gaffney, of Pelham Manor, New York; his brother, Vincent (Lynda) O’Leary, of Maplewood, New Jersey; his sister-in-law, Anne O’Leary, of Ossining, New York; and many loving nieces and nephews.

A visitation will be held starting at 8:00 AM on Thursday, June 23rd at Toale Brothers Funeral Home, 6903 S. Tamiami Trail, Sarasota, Florida, followed by a 9:30 AM Mass of Christian Burial at Incarnation Catholic Church, 2901 Bee Ridge Road, Sarasota, Florida.

The Interment will be on Wednesday, June 29th in Gate of Heaven Cemetery in Hawthorne, New York, starting with a visitation at 9:00 AM at the Fred H. McGrath & Son Funeral Home, 20 Cedar Street, Bronxville, NY 10708.

Donations may be made in John’s name to Incarnation Catholic School, 2911 Bee Ridge Road, Sarasota, Florida, 34239.

Please visit https://www.toalebrothers.com/ to leave a condolence or to share a memory.