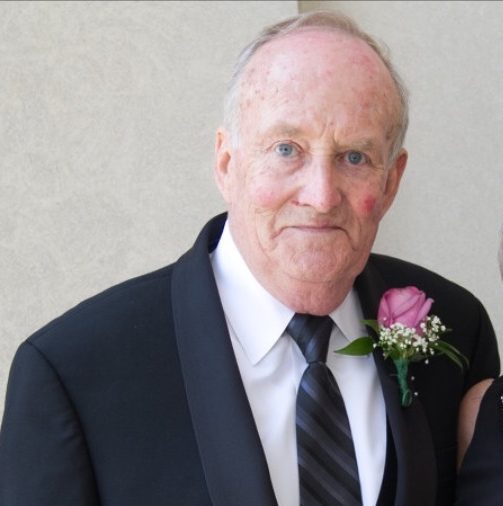 John Murphy Jr., better known as ‘Jack’ lost his hard-fought battle with cancer on November 4th, 2021. Beloved by all, Jack was a legend for his Irish humor & sarcastic outlook on life, right to the end.

Jack was born on October 8th, 1946, in Lynn, Massachusetts. He grew up as an only child of John and Esther Murphy. Jack was an avid hockey and baseball player during his time at Lynn English. He was drafted into Minor league hockey as a young adult as well, but as many of us do, ended up falling in love and pursuing other opportunities in life.

Jack, JoAnn and TJ moved to Hamilton, Massachusetts where TJ grew up with a close set of friends, that became Jack’s second sons. An avid Red Sox, Bruins, Pats and Notre Dame fan, Jack loved to catch games with his friends, and most importantly, his son TJ.  Jack also enjoyed spending time with Joann’s large family. He also was resident grill-man for any and all family parties with the Murphy/Cranney clan.

Some of Jack’s best times came later in life when TJ met and got married (thank god, finally- as Jack always said) to Liz Rynkar. He welcomed Liz’s family with open arms befriending Liz’s parents, brothers, and extended family. But his most prideful moments in life came as his grandchildren arrived, Abigail Rita in 2017 and Donovan Jack in 2019. Jack better known as Grampy Murphy, loved being a grandfather most of all, and his legacy will live on forever with them.

In addition to TJ, Liz, Abigail and Donovan, Jack is survived by his numerous nieces and nephews, sisters-in-law and brothers-in-law. He was predeceased by his parents, John J., Esther and his beloved wife, JoAnn.

The wake and memorial service will be held Saturday, November 6that McGrath Funeral Home in Bronxville, NY. Viewing hours will be held from 2-6pm.

In lieu of flowers, please send any donations to the St. Jude’s Children Hospital Foundation.

In Lieu of Flowers: Donations may be made to St. Jude’s Children Hospital Foundation.