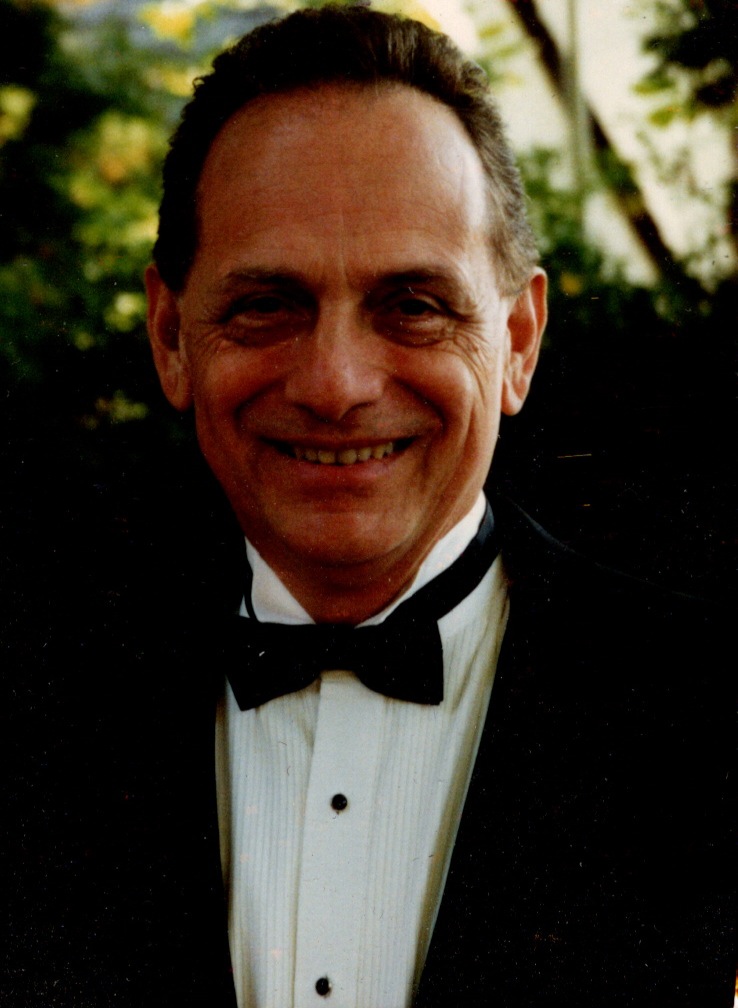 Richard J. Monaco of Crestwood, passed away on November 21, 2021. Beloved husband of 62 years to Marie (nee Gregory) Monaco, Loving father of Rev. David Monaco, Richard (Andrea), Gracelyn (Stefano Guida), proud “Poppy” of Eric and Logan. Born in 1931 in the Bronx to Giuseppe and Maria Grazia (Merola) Monaco. He served his country in the US Army from 1954-1956. Served with Special Forces, Armed Forces Network in Frankfurt Germany where He drew on past amateur radio experience in producing radio shows for our troops.  After earning a Masters from NYU he started a long career in education with the City of Yonkers Public Schools as a 6th grade teacher at School 27. At age 27 appointed Principal of School 15, Crestwood, where he grew to love the area he chose to spend the rest of his life.  Principal of School 11, Walt Whitman Jr. H.S., Mark Twain Middle School and Jr. H.S., Roosevelt H.S., followed by years of serving as Director at Bd. Of Ed. in various capacities.  He was also known for his role as MC of “Quizerama” shown on local television. As an educator, Dick was the recipient of the PTA Jenkins Memorial Award, as well as the Mid-Hudson School Council Excellence in Administration Award. After early retirement he was an Adjunct Instructor at Iona College and Mercy College. He enjoyed teaching young people, and unselfishly mentored many in their careers. Dick met Marie, his wife of 62 years, at their beloved Christopher Columbus High School. Dick, a senior, was the elected President of the Student Council and Marie, the freshman representative.  They met again on a bus, nine years later and their long love affair began. “Dick” Monaco was a life member of the Knights of Columbus; an active and faithful member of his Church of the Annunciation for 56 years; served as a volunteer at the Passionist Retreat House, Riverdale, was a member of the Order Sons of Italy in America Linguanti Lodge, Suffern, having written numerous culture columns for their monthly newsletter; and was one of the founding members of the Enrico Fermi Scholarship Foundation, served as Chairman of the Scholarship Committee in 1971. He was honored as a “Treasure” by his parish for his dedication and volunteerism in 2012. Dick sang in the church choir for years, chaired both the religious education program for public school children, as well as the parent-teacher association for the church school, then known as the St. Anne’s club.  He chaired several themed dinner-dances, always with panache.  He wrote musicals and directed a group he called the Annunciation Players.  After illness forced him to “retire”, in 2019 the players renamed themselves “Dick Monaco’s Annunciation-Fatima Players” in his honor. Always the gracious host, opening both heart and home, he took pleasure in the annual Family Christmas Sing-A-Long.  For many years, nieces, nephews and their little ones looked forward to the fun…. food, games, music and, of course, Santa Claus.  Many will also remember a special day in the City, guests of Aunt Marie and Uncle Dick, with a restaurant lunch followed by a performance of “The Nutcracker” at Lincoln Center. A sign “Monaco Hotel” adorns the attic bedroom where a variety of friends and relatives lived for a variety of stays, even as long as a full school year.  They were always guests and treated as family. Dick fought Alzheimer’s Disease for eight long years.   His greatest joy was listening to music and the loving company of his faithful and devoted wife Marie. Calling Hours at the Fred H. McGrath & Son Funeral Home, Bronxville between the hours of 2 to 4 and 7 to 9 pm, Friday. Mass of Christian Burial will be held at Annunciation Church, Crestwood on Saturday, November 27 at 11am.