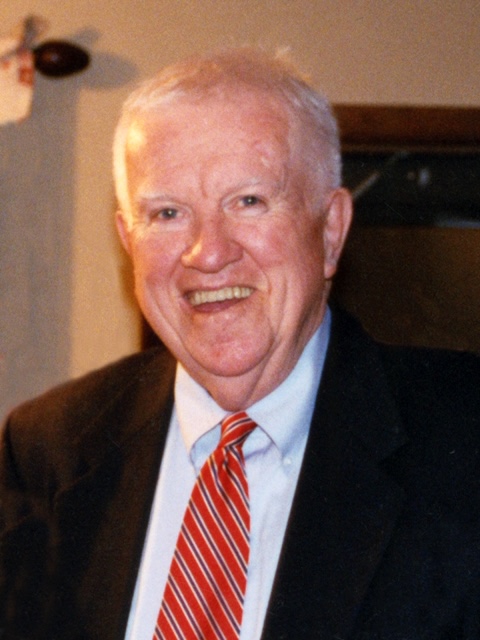 Joseph Michael Molloy, loving husband to Joan (Twomey) Molloy, died peacefully surrounded by his family on September 25, 2020.  Born on December 7, 1929 to Alexander and Catherine (Fitzgerald) Molloy, Joseph was raised in the Fordham section of the Bronx, graduated from La Salle Academy in Manhattan and received a business degree from Fordham University in 1951.  He loved his country and the flag and served honorably in the United States Army during the Korean War. Husband of 64 years to his beloved wife Joan, Joseph was also a loving father of seven and grandfather of ten.  He touched the lives of those who met him, and was affectionately loved and known to his grandchildren and later by all as “Pa Joe.” He rarely missed a game or performance of his children and then his grandchildren over 60 years, often sharing his countless stories with anyone within earshot.  He had a 40-year career as a financial advisor on Wall Street at Hayden Stone and later at Bear Stearns, and was a long-term member of the Wall Street Ethics Committee. He loved Ireland, the homeland of his parents, and some of his happiest memories were of returning with his children and grandchildren to his Mother’s family farm in Dingle, County Kerry. An avid sports fan, Joseph was a New York Giants season ticket holder for more than 65 years and was courtside at his alma mater Fordham University’s basketball games year after year, often with his children and grandchildren at his side. He was a devout Catholic and dedicated Parishioner of his beloved Annunciation Parish for over 60 years and was an active member of the Crestwood community. He is also survived by their 7 devoted children: Joseph Molloy of Stamford, CT, Maura Molloy of Rye, NY, Siobhan (Richard) Hans of Larchmont, NY, Sheila Molloy of Tuckahoe, NY,  Pegeen (Michael) Costa of Rye, NY, Sean (Lisa) Molloy of Bronxville, NY, and Delia (James) Bishop of Bronxville, NY, as well as his 10 loving Grandchildren: Sean, Owen and Brigid Hans, Caitlin Costa, Connor, Peter and Betsy Molloy, and Liam, Hanna and Molly Bishop. He is preceded in death by his beloved daughter Kate, his sister Mary Stone, and brothers John Molloy and Alexander Molloy. In lieu of flowers, donations may be made in Joseph’s name to the Wounded Warrior Project or the LUNGevity Foundation.

All Services are now Family only