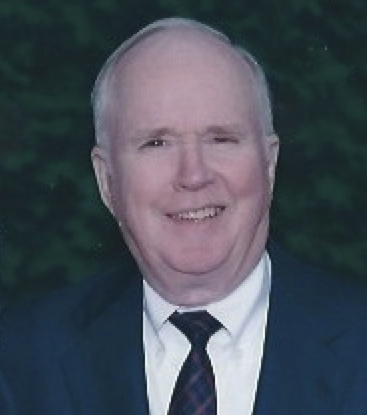 McQUILLAN – – Thomas A., devoted husband of Margaret A. (Peggy), died peacefully at home on November 9, 2020. Tom was born on March 14, 1928 to John A. and Margaret Higgins McQuillan in the Fordham section of the Bronx. He was the youngest of four children and is pre-deceased by his siblings Isabella M., John Q. and Margaret Mary. In addition to his wife Peggy, Tom is survived by his daughters Beth (Roy Gerke) and Joanne (Ross Blankenship), his beloved grandchildren Elizabeth and Thomas Gerke and William Blankenship, and his cherished daughter-in-law Ann McCormick McQuillan. He was pre-deceased by his son, Dcn. Thomas H., who he loved deeply and in whom he felt immense pride. Tom attended Our Lady of Mercy School and Fordham Preparatory School. Upon graduation from the Prep in 1946, he enlisted in the US Army and served in active duty in Occupied Japan. Following his honorable discharge, he attended Fordham University graduating in 1952 and continued to serve in the Air Force Reserve for several years. While still in college, he met the love of his life, Peggy O’Neill. They married in 1953 and in a few years settled in Crestwood, his family’s hometown, with their three children. Tom and Peg enjoyed 67 years of marriage with hardly a day apart. Tom had a long career with the Federal Government in the General Accounting Office, rising quickly through the ranks to the Assistant Regional Manager of the New York office. He was highly respected by his colleagues, many of whom became his close personal friends, and he retired after 43 years of service. Tom was a long-time parishioner of The Church of the Annunciation in Crestwood and was honored to have served the parish in various roles over the years. For Tom, his family was the center of his world. He most enjoyed spending time with Peg, his children, grandchildren and his close family, attending special occasions and celebrations and just “being on the team.” Tom will be remembered for his wonderful sense of humor and his kind nature and respectful manner towards everyone he met. A Private funeral service was held. In lieu of flowers, the McQuillan Family requests that memorial gifts be directed to Fordham University by visiting www.fordham.edu/giving or mailing checks to Bank of America-Gift Processing Center, Fordham University, PO Box 417762, Boston, MA  02241-7762 Donors are requested to note that gifts are made in memory of Thomas A. McQuillan, Gabelli School of Business, Class of 1952, in the online form under “My gift is a tribute to someone special” or in the memo line of their check. Gifts made will be directed to the Fordham Fund.

In Lieu of Flowers: Donations in Thomas McQuillan's Memory may be made to Fordham University by visiting www.fordham.edu/giving or mailing checks to Bank of America-Gift Processing Center, Fordham University, PO Box 417762, Boston, MA  02241-7762