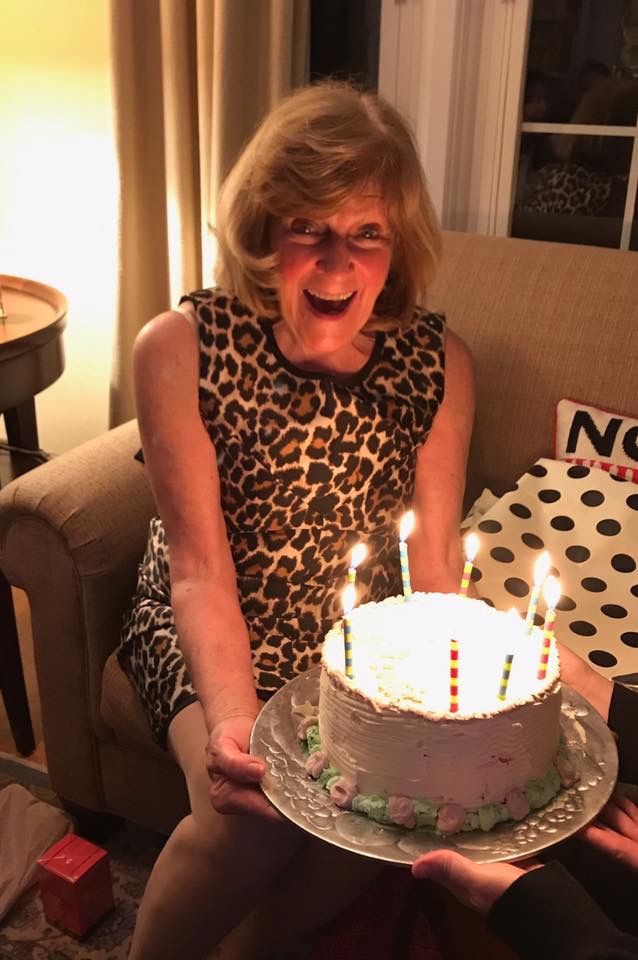 Joan was born in the Bronx in 1942. Her parents were Mary (Doherty) and Michael Cox, both born in Ireland. Joan attended Sacred Heart School in Highbridge, as did her future husband, James McCaffrey. She graduated from St. Jean Baptiste High School in New York City, and received her Bachelor of Science from D’Youville College in Buffalo, New York. She was a Registered Nurse. Joan Cox and James McCaffrey were married at Sacred Heart Church in 1965. In 1973, they moved to Bronxville, New York, where they have lived ever since.

After Joan raised their six daughters, she received a degree in computer science at Iona College. Later, she was a successful headhunter. When she finally retired, she began volunteering at Calvary Hospital, eventually being honored as Volunteer of the Year in 2014. She continued to volunteer, even when she was being treated for cancer, stopping only in February of this year. She was an enthusiastic bridge player who was a mainstay when it came to organizing the biweekly bridge games. St. Joseph Church was central to her life, which reflected her devotion to her Catholic faith.

Friends are invited to visit at the Fred H. McGrath & Son Funeral Home this Tuesday, July 28, between the hours of 4pm and 8pm. A Mass of Christian Burial will be celebrated on Wednesday, July 29, 2020, at 9:45 a.m. at St. Joseph Church in Bronxville, New York. People requesting organizations to which to make donations in Joan’s honor may consider Calvary Hospital, Bronx, New York, (www.fund.calvaryhospital.org) and Pregnancy Care Center Inc (www.emr4motherandchild.org).

Mass: 9:45 am, Wednesday, July 29, 2020 at St. Joseph's Church, Bronxville. To Livestream the Mass please go to https://saintjosephsbronxville.org and click on the F in upper right corner.

In Lieu of Flowers: Contributions may be made to either Calvary Hospital, Bronx, New York, (www.fund.calvaryhospital.org) and Pregnancy Care Center Inc (www.emr4motherandchild.org).