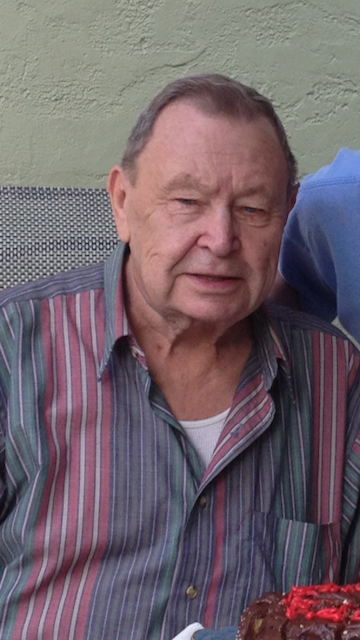 Walter F. Fecher, age 93 years, passed away on November 10, 2022 at Calvary Hospital in the Bronx. Banker, father, soldier, and great guy, Walter fought hard through several months of hospitalizations and rehab before landing at Calvary, where he charmed his caregivers on the good days and got feisty on the bad ones.

Walter was born to immigrants Otto and Anna (nee Jacklitsch) Fecher on July 11, 1929 in Brooklyn. He graduated from St. John’s Preparatory School in 1947 and began working for First National City Bank as a teller that same year. Walter worked at the bank while taking night classes at St. John’s University. He served in the United States Army during the Korean War, and in 1959 he graduated from St. John’s with a degree in Business Administration. Walter continued working for Citibank, rising through the ranks to vice presidency, until retirement.

Walter married the love of his life, Queens-native Bernice Pottok, on April 11, 1952. They had two daughters, Ellen and Louise, and were active in their local parish in Ozone Park. Walter lived in Queens for 60 years before moving to Eastchester.

A lifelong Mets fan, Walter enjoyed taking his family to Shea Stadium for fun and franks. He followed the men’s basketball team from his alma mater, rooting hard for the Redmen with his daughters at the university gym and—for big games against Georgetown and Syracuse—at Madison Square Garden. A scrappy sportsman himself, Walter played football at St. John’s Prep and earned a horde of trophies for his skills as a bowler. In the later years, Walter enjoyed golfing with his longtime friends from Citibank.

Walter is survived by his wife, daughters, and one grandson, Harrison Petro.

There will be viewings at McGrath Funeral Home on Wednesday from 3 to 7 p.m., and Thursday at 9:30 a.m.followed by a prayer service at 10:30 am. In lieu of flowers, donations can be made to St. John’s University (support.stjohns.edu) in honor of Walter Fecher, class of 1959, or to Calvary Hospital (fund.calvaryhospital.org).