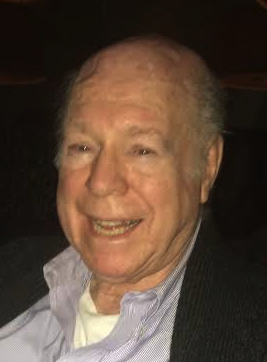 Born during the depths of the Great Depression in New York City, Bob hitchhiked across the country at a young age, eventually finding work as a farmhand in rural Kentucky. After several years, Bob made his way back east and graduated from high school in New York. He enlisted in the US Army shortly thereafter, where he served as an artilleryman in the Korean War. After completing his military service, Bob became active in NYC politics and worked his way through college, eventually earning a Master’s Degree from Columbia University. He went on to marry Catherine Morgan in 1964, whom he loved dearly. They were married for 57 years until her passing in 2021.

Bob was a voracious reader and an astute observer of current events. He had an uncanny ability to see beyond the horizon and predict trends and events long before their mainstream acceptance.

He was also a tireless worker, often holding multiple jobs to provide for his family. Bob taught history in the New York City public school system for more than 25 years while simultaneously running his own food-service and tax businesses. After retiring from the school system, Bob began a second career with the Immigration and Naturalization Service (now part of DHS) in the early 1990s and worked there until his retirement in 2015.

Bob will always be remembered for his quick wit, larger than life presence, indomitable drive and spirit, and the love and generosity he showed his family. He was always there to lend a helping hand without hesitation in a time of need. He will be sorely missed by all those who knew him.