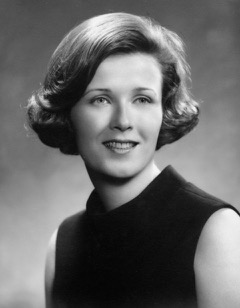 Lynn Torpey Carolan passed away peacefully on September 12, 2021, in the presence of her loved ones.  Born on February 9, 1940, to the late Mildred and William Torpey, Lynn was one of a multitude of babies delivered by Dr. George Bullwinkle, Rye’s preeminent family doctor during that era.

She grew up in Rye and spent some of her childhood in India and Japan after World War II because of her father’s work. She graduated from Rye High School in 1957 and two years later received a degree from Marjorie Webster Junior College in Washington, D.C.   She then graduated from Tobé Coburn School for Fashion Careers in New York City.  Lynn became a Buyer for Bloomingdale’s and later helped launch the first ladies’ sportswear department at Sears, Roebuck and Company.

In 1969, Lynn married Dr. Peter J. Carolan, who was a dentist throughout his career in Bronxville, New York, where Lynn lived and raised her two children.  After the passing of her husband, Lynn returned to the business world and was employed at George Little Management as an event organizer.

Once retired, Lynn split her time between Bronxville and Bonita Springs, Florida, where she worked to perfect her golf game. Eventually, the lure of grandchildren brought her to Portland, Oregon and although she lived there for 8 years, she always considered herself a New Yorker. Lynn enjoyed many traveling adventures with her sister, children and grandchildren.

Lynn is survived by her two children, Dr. Amy Carolan of Portland, Oregon and Dr. Peter J. Carolan Jr. of Charlestown, Massachusetts, her two granddaughters, Madeline and Caitlin Hickey, her sister Karen Butler of Rye and Florida, her son-in-law Matthew Hickey, and numerous nieces and nephews.  Lynn Carolan was buried on September 18th, 2021, at the Gate of Heaven Cemetery in Hawthorne, New York.