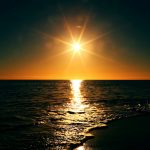 Matilda Burgess died peacefully on November 16, 2022 at the age of 99. She was born in Enfield, CT. Spent her childhood in Springfield, MA and her married life in Bronxville, NY with her loving husband Stephen G. Burgess, MD and her children. She enjoyed traveling around the world, playing golf, sewing and spending time with family and friends. She was predeceased by her husband, her son Steven G. Burgess, Jr and siblings Wanda Stevens and Edward Zakowich. She is survived by her daughter Mattie Lynn Walters, son in law Steven Walters, her grandchildren Stephanie and Kimberly Walters, Nick and Kristen DiNardo and her great-grandchildren Ava and Sofia DiNardo. A private family service will be held.

A private family service will be held.