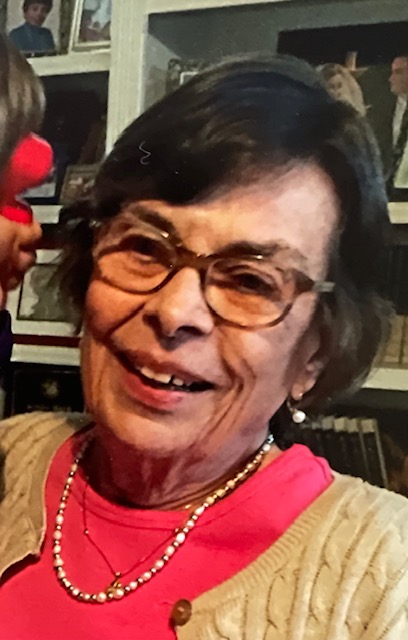 Helen S. Buderwitz, 89, of Scarsdale, New York died peacefully on September 12th, 2022 after a brief illness. She was born on March 17th, 1933 in Bronxville, NY to Joseph V. Scully and Alice M. (Begley) Scully. Helen grew up in Crestwood, NY along with her sister, Mary A. Hart and brother, William Scully. She attended Public School 15, graduated from Good Counsel Academy in White Plains, NY in 1951 and further attended the College of Saint Elizabeth in Morristown, NJ and Iona College in New Rochelle, NY.

Helen married Joseph J. Buderwitz Jr. in 1954 and raised her family in the Immaculate Heart of Mary Parish in Scarsdale where she was active in the PTA, a class mother & founding member of the Inner-Harlem Mission Project in the late 60’s. She also served as treasurer & was deeply active in the Scarsdale Women’s Club for many years. She was a dedicated employee of Citicorp in Harrison, NY and Citibank in Eastchester, NY from 1977 until 1997. Helen was loyal to

Annunciation Parish in Crestwood, NY where her Mother & Father were founding members.

Helen was an avid New York Yankee fan, enjoyed the Metropolitan Opera, Broadway, and loved to visit Long Beach Island, NJ, where she spent many wonderful summers. She was known by those closest to her for her faith in Our Lord, her Irish determination and her special love of traveling with her beloved sister, Mary, around the United States, Ireland, and Italy, where they often repeated their lifelong motto as they would toast, “Aren’t We Lucky!”

Calling Hours at the Fred H. McGrath & Son Funeral Home, Bronxville between the hours of 2 to 6pm Sunday. Mass of Christian Burial Annunciation Church, Crestwood on Monday September 18, 2022 at 10am. Interment to follow at Mount Hope Cemetery, Hasting-on-Hudson.

In lieu of Flowers, donations in Helen’s memory can be made to The Calvary Fund Inc. at Calvary Hospital https://fund.calvaryhospital.org

In Lieu of Flowers: Donations in Helen’s memory can be made to The Calvary Fund Inc. at Calvary Hospital https://fund.calvaryhospital.org